You are here:
CLIMATE KICGREEN FUND 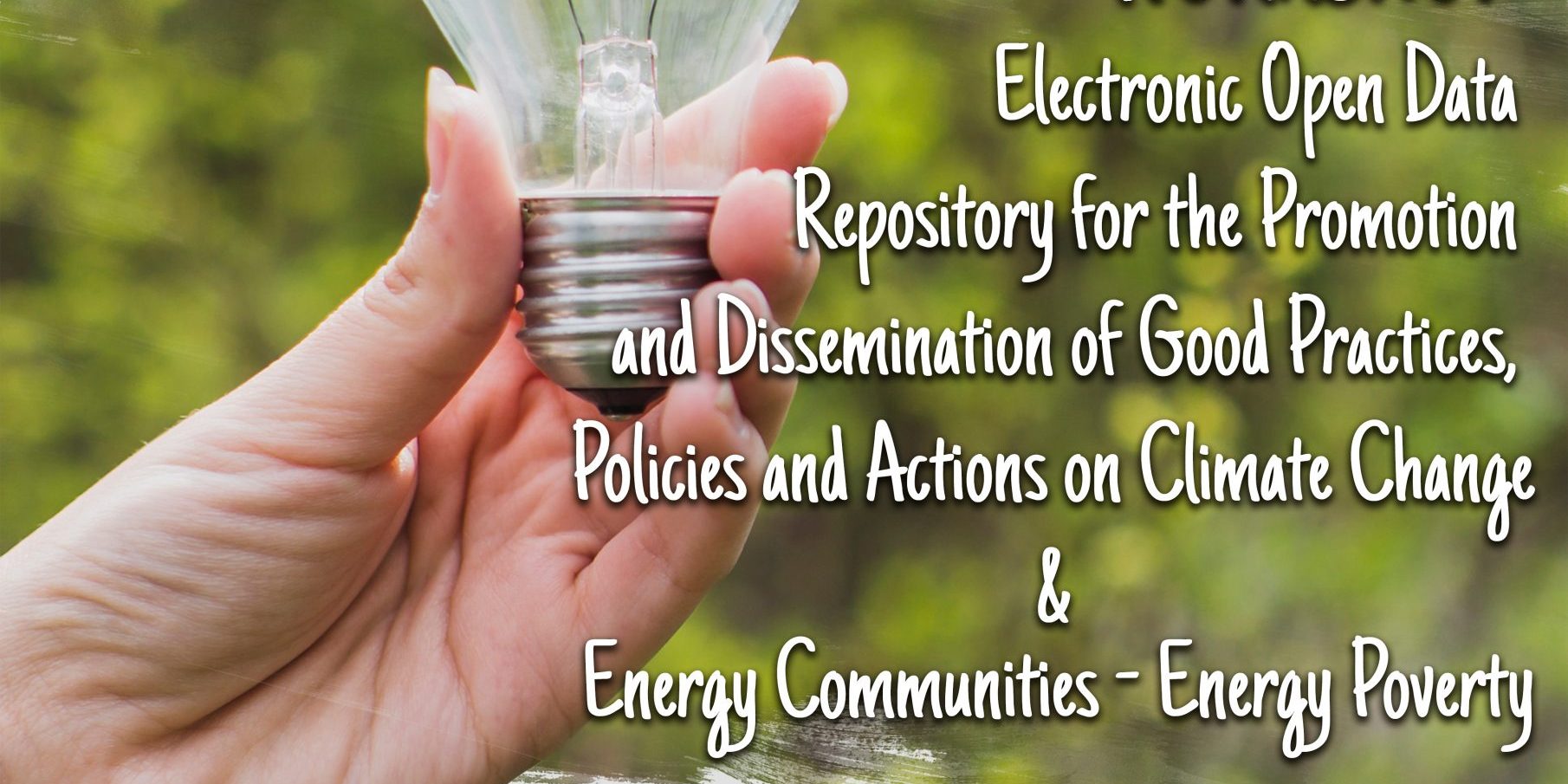 e-KLIM.A. and EnerCom – EnerPov, two projects associated with the topic of climate change were presented on the 8th of September 2020 at Green Fund Athens Greece.

e-KLIM.A. is a project funded by the Greek Green Fund and was conducted by ERFC (European Regional Framework for Cooperation) in consortium with LBEET (Laboratory of Biochemical Engineering and Environmental Technology). The main object of the project is the development of an electronic open data repository for the promotion and dissemination of good practices, policies and actions in regard of the climate change.

The EnerCom – EnerPov project is funded by the EIT Climate – KIC and is a cooperation of ERFC, CleanTech Bulgaria, Cyprus Technical Uni and Electra Energy. The project is dealing with the social issue of Energy Poverty by promoting and introducing Energy Communities, so that clean energy can be produced and provided in affordable prices to the community.

The event took place in Athens, at the picturesque Villa Kazouli and one can specify it a success, although the limited audience number due to Covid -19 pandemic. Highly important personalities from political, energy, tourism and agricultural sectors presented their views, their plans and their policies in respect to  climate change resilience (see agenda).

The conference started with the greetings from the organizers. The President of ERFC Mr. Petropoulos and the scientific director of the Laboratory of Biochemical Engineering & Environmental Technology (LBEET) of the University of Patra, Prof. Mr. Kornaros, welcomed the guests – speakers.

The first speaker, Mr. Aravosis, G.S. of Natural Environment & Water of RIS, presented the National Strategy against Climate Change, the Regional Impact Management Plans of PESPKA, while an initial description of the LIFE-IP AdaptInGR project were introduced. The floor was given to Mr. Kremlis, Advisor to the Prime Minister on the issues of Circular Economy, presenting the relevant policies for the country and how its implementation can help the fight against climate change. Mr. Mousouroulis, of the Fair Development and Energy Transition Plan, addressed the issue of green development and the Green Deal for the country, where green/sustainable technologies were proposed in respect of replacing the lignite transition. Ms. Papadopoulou, Prof. of the NTUA, introduced the new organization named OFYPEKA, which intends the treatment of climate change and the protection of the natural environment. The presentation consisted from the actions and description of the role of the new mechanism.

The head of LBEET and co-organizer of the day, Mr. Kornaros, presented in detail the project e-KLIM.A. In addition, a reference was made to the actions and the conveniences provided by the e-KLIM.A platform. Then, the deputy mayor of Rafina, Mr. Vassilopoulos cited the actions of the local government in respect of the mitigation effects and the way the local government can contribute to an overall positive result for the country.

The day continued with the individual sectorial areas regarding climate change.

The Energy Communities can be a solution to climate change by changing conventional energy production to green. Ms. Sdoukou, G.S. for Energy & Mineral Resources at the Ministry of Environment & Energy analyzed the role of Energy Communities.

Mr. Economou, the president of CRES, together with Mr. Malamatenios, Head of the Organization of the Directorate of Energy Policy and Planning of CRES, presented a series of actions of the organization based on the theme of Energy Communities. Prof. G. Stefanidis from the University of Patra introduced the project “ΑΥΤΟΝΟΜΩ”, green/sustainable buildings and the future electrical means of transport.

The next sector analyzed in terms of climate change is the agriculture. Mr. Lourandos presented the effects of Climate Change on agriculture and how its impact on this sector can be reduced.

Regarding the sector of tourism, Ms. Prinia, advisor to the Minister of Tourism, presented the sustainable tourism development, while Mr. Ikkos, Scientific Director of INSETE, analyzed the circular economy related to tourism.

Prof. Ms. Kountouri, of the University of Economics in Athens and director of Climate-KIC showed the actions of Climate – KIC HUB in Greece.

Ms. Panagopoulou, external partner of EKPAA, demonstrated the strategy of the project LIFE-IP AdaptInGR. Finally, Ms. Gardikioti, from Meraki People, closed the day by presenting the blue economy as preached by Gunter Pauli.

The event was recorded by On Camera (video).  Additionally it will be uploaded to the ERFC’s social media.

*The presentations of the lecturers – guests are presented.

Role of local government in Climate Change tackle (A. Vasilopoulos)

This site uses Akismet to reduce spam. Learn how your comment data is processed.